Shane is an interactive digital media artist and project manager based in Ireland.

Proud to be a member of Visual Artists Ireland, the representative body for artists in Ireland, and a constant source of support and information. 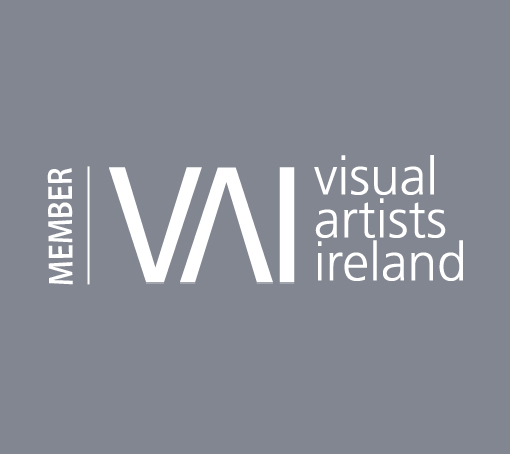 Visual Artists Ireland have produced a critique of the Over Nature touring exhibition, written by art writer Philip Kavanagh. The critique can be read online, which features sections about the artwork faigh ar ais as an fharraige. Read the critique here. 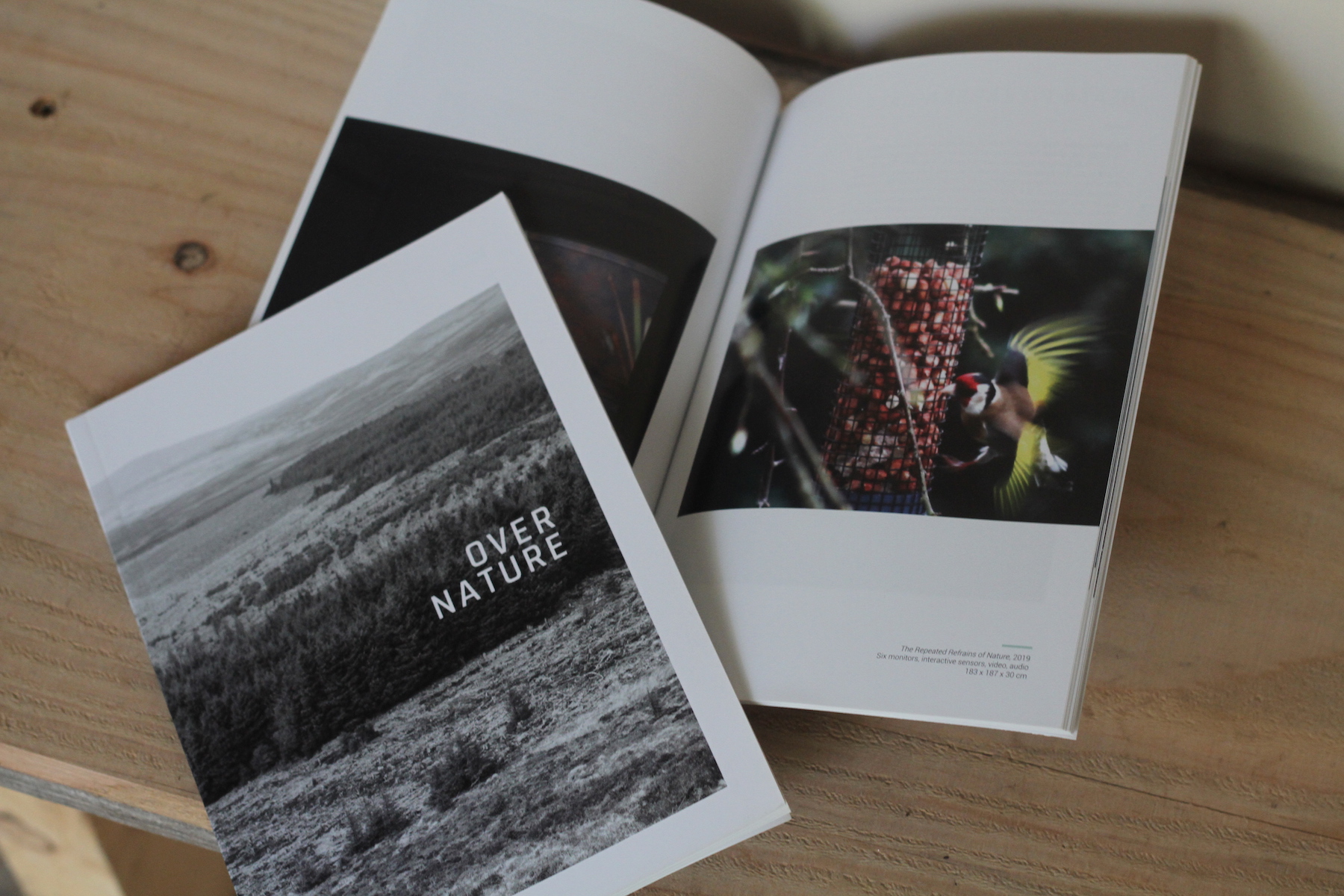 The catalogue for the Over Nature touring exhibition is available for sale at each exhibition venue, and through the Library Project, Temple Bar, Dublin.

The catalogue includes images of the artworks from each of the six contributing artists, and a curatorial response to the artists and the exhibition by curator Valeria Ceregini.

A preview of the catalogue can be viewed online here.

In December 2019 I have been awarded a one-month funded residency at Kielderhead Wildwood Project, Kielder, UK, as part of the ENTWINED Residency Programme run by Visual Arts in Rural Communities (VARC), Northumberland, UK.

I will spend the month of April 2020 conduicting research into the fungal (mycorrhizal) networks at the wildwood project, in collaboration with VARC and their partners, including Northumberland Wildlife Trust, Newcastle University and Northumbria University. This will form part of the Antikythera, Etc. and Solatalgia projects.

The residency will conclude with a plan for interactive artworks about the 'Wood Wide Web', a concept coined by Canadian scientist Suzanne Simard in 1998, which will be exhibited as part of the residency exhibition programme in 2021.

The touring exhibition Over Nature, curated by Valeria Ceregini, is travelling to its final destination for 2019, before beginning the next three legs of the 2020 tour. The third stage takes place in Rathfarnham Castle, Dublin.

This stage of the exhibition ran until October 28th, 2019. 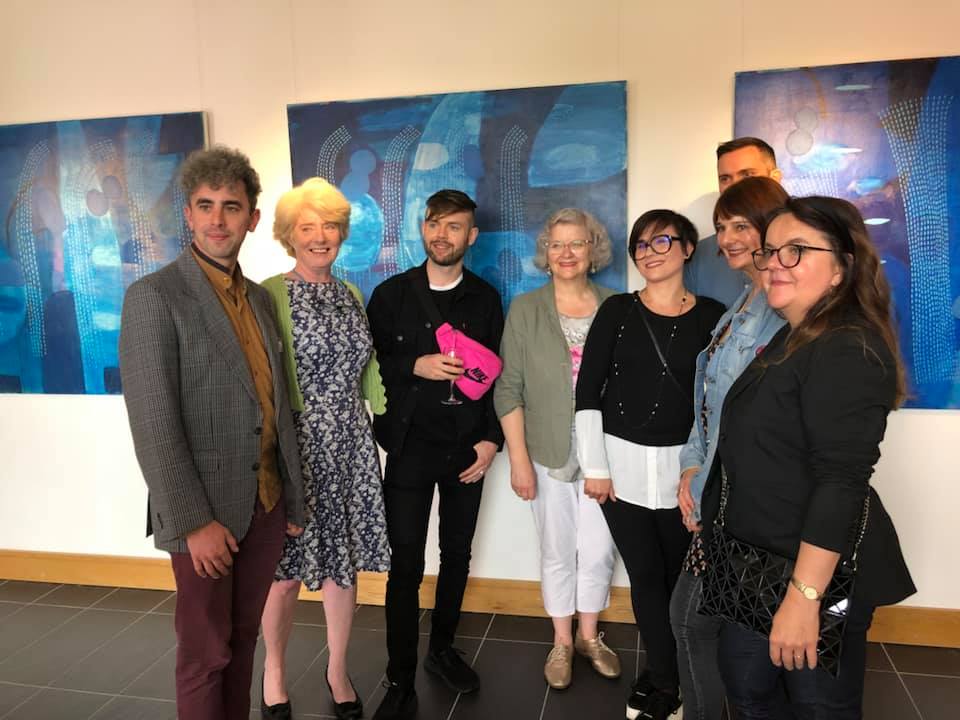 Six artists exhibited in the opening exhibition. The Cultural Facilities Development Manager, Desima Connolly spoke at the opening, which was officially launched by Alderman Yvonne Boyle.

I am currently working as European Manager for Gstaadfilm International Festival for short Art Films as the festival tours to Leipzig, Germany.

The selection of films has been completed and the jury and currently being brought together to make decisions on prize winners.

The 2019 festival took place in Kinobar Prager Frühling on Friday, 16th August 2019. Prize winners for the Golden Cow of Gstaad and the Golden Calf of Gstaad will be announced on the night of the launch.

A second screening of the festival screened in Warwick Bazaar, Carlisle, UK on September 12th 2019.

New artwork, a degrading painting, and the first in a series of such paintings, krastos is acrylic on canvas.

Interview in Painting in Text

I recently gave an interview to Painting in Text, which can be read here.

In October 2017 I worked on a research trip, travelling to Pierre Auger Observatory, Malargue, Argentina. On this trip I was invited on tours of the centre and the surrounding area to explore the technical developments in the observation of cosmic rays in earth's atmosphere. The research has led to an artwork currently in development, relating to the history of the planning and implementation of the observatory and its obscure links to Dublin.

I have collaborated with Dublin Institute for Advanced Studies on follow-on research and am currently developing a plan for exhibition in 2020. 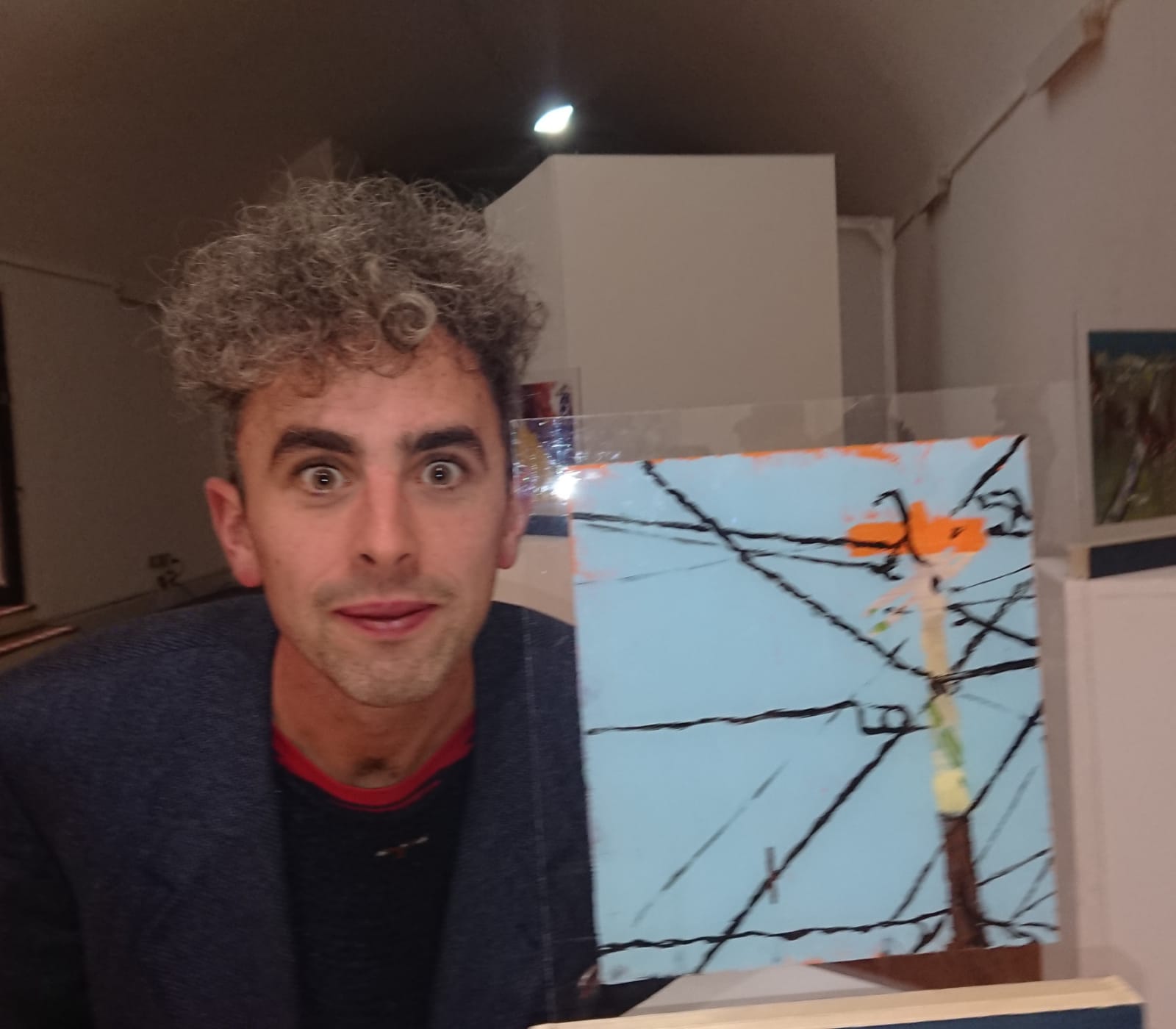 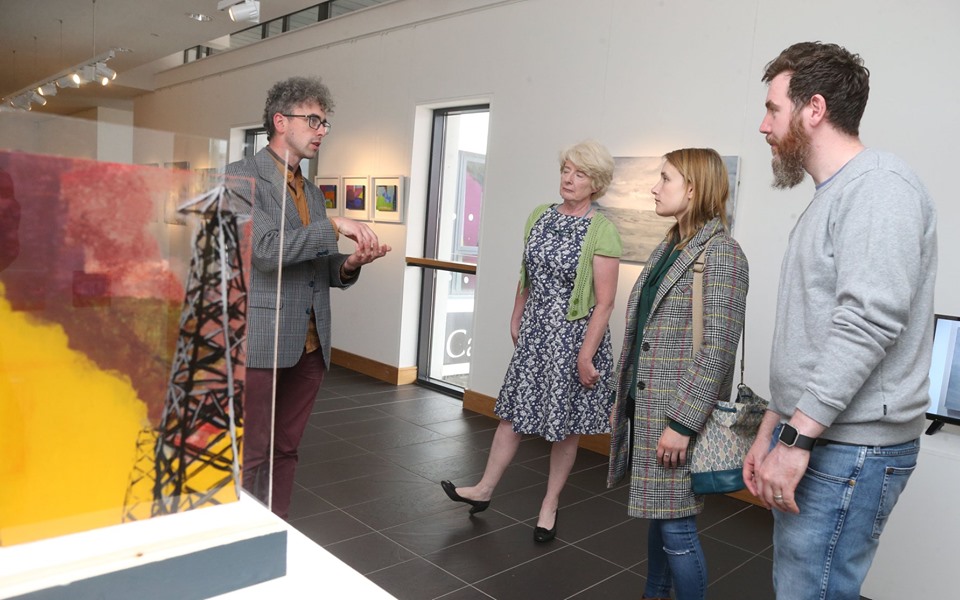 In 2019/2020, I will be one of the exhibiting artists in an upcoming exhibition about contemporary thoughts on nature and landscape, Over Nature, curated by Valeria Ceregini. The works that will feature in the exhibition will include interactive digital works and paintings on landscape and place. The exhibition will tour to five venues in the Republic of Ireland.

The venues that will be exhibiting the works are as follows:

the repeated refrains of nature

A new interactive video based artwork, the repeated refrains of nature, was exhibied in the Zoological Museum, Trinity College Dublin (June 26th-August 31st 2019). Based on nature writing including that of Rachel Carson and Robert MacFarlane, the piece is a response to the decline in bird species populations currently being observed internationally. The artwork is exhibited in the Auk Room, beside an exhibiton of extinct birds and animals that once called Ireland home.

This artwork is part of the series solastalgia.

faigh ar ais as an fharraige

This mixed media installation, exhibited at Rye Creative Centre from March 3-17 2018. It was created to respond to Rye, and to contemporary trends in technology and language.

Taking influence from writing on language, technology and society, this artwork was exhibited as a single exhibition.

faigh ar ais as an fharraige is a new project developed for Rye Creative Centre. The exhibition features an interactive digital artwork inspired by history, contemporary culture, place and technology. Using a transposed recreation of JMW Turner’s painting ‘Rye, Sussex’ (1794-7) with a digital touchscreen containing terminology from Sussex, faigh ar ais as an fharraige invites the audience to participate in altering, shifting or changing their visual landscape.

This is the third artwork in the series Antikythera, etc. that began in 2016. The series explores the relationship between technology and transience, telling stories about lost histories through contemporary media.

Supported by Culture Ireland as part of GB18: Promoting Irish Arts in Britain.