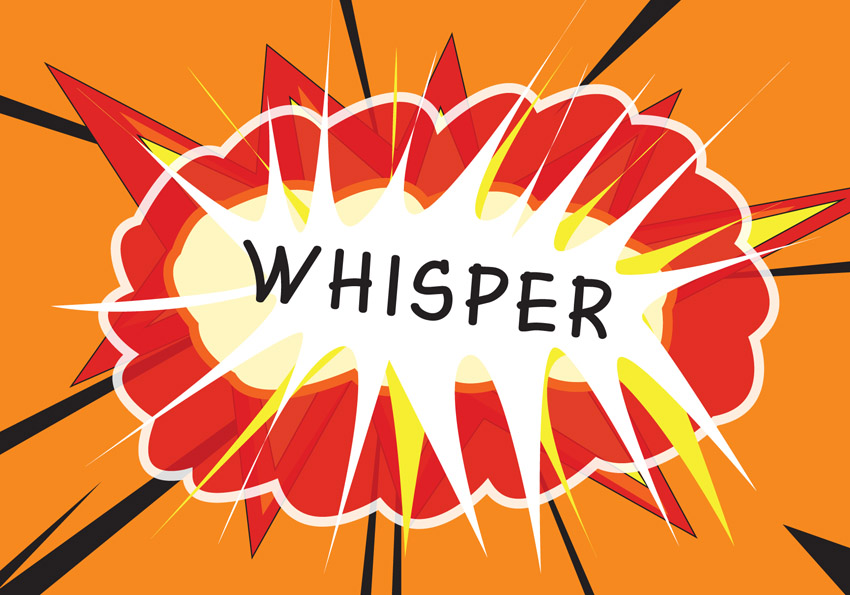 From the moment we learn to read the English language (presuming you can if you are reading this), we learn to decipher a series of characters twenty-six letters long, give or take. Each character has a sound associated with it, and we hear these sounds as we read. The characters are all symbols, each with its own significance to our understanding. SSSSSSSSSSSS can represent a long, hissing sound, just as KAKAKAKAKA could be a machine gun. We learn this system of graphics, recognising the line across the top of a T as opposed to the one that is missing on an I, and we make sense of the words that are written by scanning these graphic signs and creating words from our understanding of their sounds.

Far before we learn to read and decipher the graphic symbols of this Latin alphabet, we learn another language. This is the language of the visual, and it involves the same method of deciphering what we see into other forms, but it is different as with this language we do not necessarily have a spoken language to go along with it. At our youngest and most naive, we decipher the symbols of the people raising us, seeing their representations as those of family or friends, but we do not recognise any link between these people and language. Instead, we simply categorise and recognise, realising that there is something different about these people to the people that we pass in the street.

Learning to see, and to decipher what we see, is something that people must do long before we can learn or decipher a written language. Learning to see allows us to decipher the world in anther language altogether. It is this distinction that has led to curious debates in 20th and 21st Century art historical writing, where the lines have begun to blur between image and words.

In the same way that graphical representations of the alphabet can tell us a lot from a small amount of data, visual art can tell entire stories using carefully constructed visual media. This isn’t a new language, but simply an expansion of one of the first languages we learn. Visual art is designed to expand our vocabulary in what we see in the same way that reading great writers expands the selections of signs and symbols that make up new words in our vernacular.

It is often pointed out that the complexity of language needed to describe visual art is part of the reason why it is so hard to write about without diving into deep philosophy. As late 20th-Century art began to attempt to tell more complicated stories about Postmodern schools of thought, attempts to write about visual art became near impossible. It has also been argued that there is no point in writing about something that has already been expressed better in another medium.

Visual art is the ideal medium for telling stories about society and philosophy as it is related to the earliest language that we understand and can be complex and simple at the same time. However, sometimes a message can be more legible when written in words. It is generally accepted that written words can tell a story succinctly, but visual imagery can often assist words in ways that they cannot express. When text messaging first became popular, there was a limited space in which to write a message, so visual means were often employed in order to make a message more clear.

In more complex visual media, there have been books written on individual works of art that still don’t express clearly the ideas behind the works. For example, it is impossible to describe the weight and oppressive feeling when viewing the intimidating giant spider in Louise Bourgeois’ 1999 sculpture Maman. The works are enormous spiders that tower over ten feet tall with legs as thick as trees. By standing near, around, and under the monumental works the viewer is intimidates, intrigues, and invited to read the work inasmuch as they can.

One of the most striking art pieces that I have seen in recent months was Mark Boulos‘ All That Is Solid Melts Into Air at MoMA, New York. One of the refreshing things about Boulos’ art is that the message is resoundingly clear. The graphic below arguably defines this work of art better than the 438-word New York Times review that documented the piece. Although it is missing some crucial detail, this graphic is (hopefully) legible as a definition for and an interpretation of the concept behind Boulos’ “fierce” artwork.

Visual symbols are the reason that you are able to read this text. In his intriguing piece, Word and Image, critic and writer WJT Mitchell wrote “Images, we might say, signify by virtue of resemblance or imitation: the image of the tree looks like a tree. Words, by contrast, are arbitrary signs that signify by virtue of custom or convention.” People learn the custom of words, but images can represent concepts or be interpreted as objects. It is difficult to take the word “whisper” (a collection of symbols that we understand as a word) and think of it as a loud sound. But what happens if we make it a visually loud sound using a visual interpretation of an explosion is that the visual overrides the text.

The choice of media is what is truly important. This post could not have been written as an image any more than a post can describe a work of art. However, what we see is what we understand.

5 thoughts on “Seeing Scene Seen – Everything we read is art”