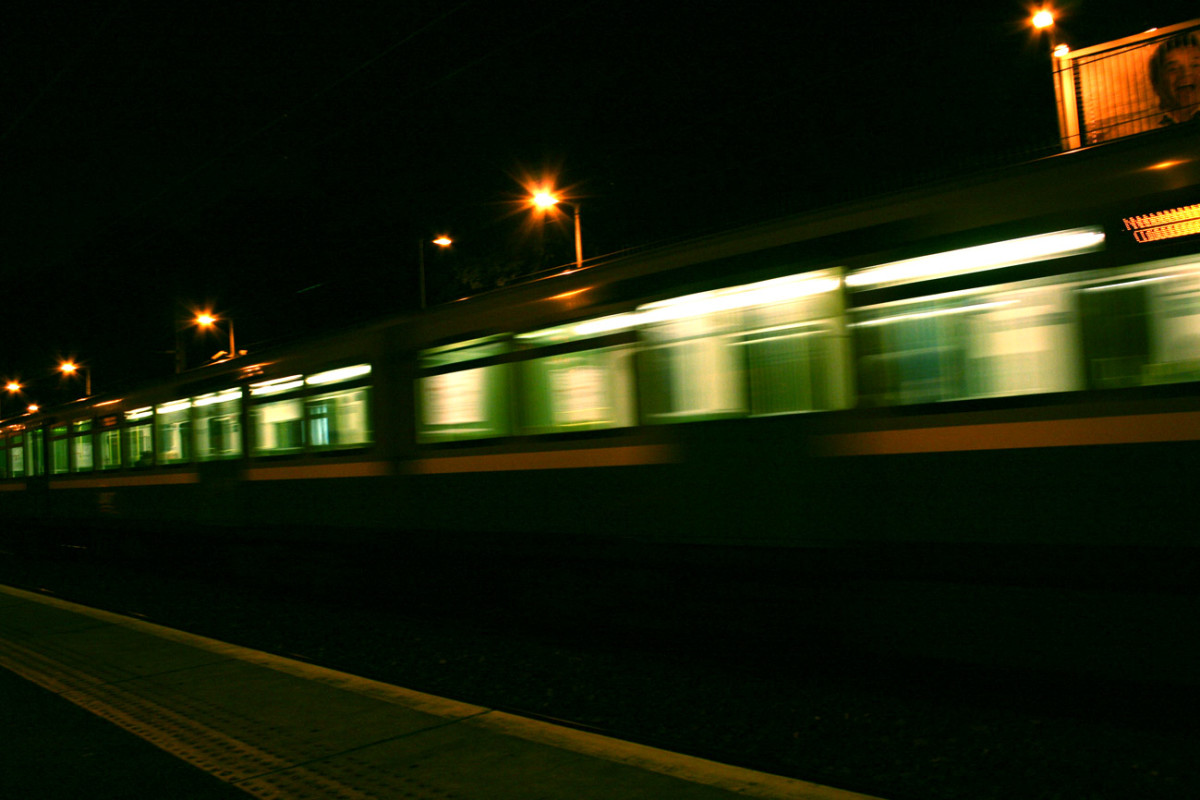 I love travel. Not just travel itself, but the process of travel.

There are many methods that can be taken. I am going to recount some of my personal favourites below.

I had my first long-distance air flight in April 2012 on a flight from Dublin to New York. I was heading to Vermont to take part in an artist residency, and chose to detour through the metropolis. The compelling thing about air travel is the series of strange experiences associated with it. For example, the process of moving through an airport requires manners and behaviours that are bizarre in normal circumstances. Unlike other forms of public transport, arriving at an airport two hours before a flight is common practice, even when the flight itself will last less than 2 hours. Security checks, long cups of coffee, window-shopping for nothing in particular – each flight involves these unusual rituals. Any frequent flyer will have become accustomed to this long ago, but to an outside observer this behaviour is really unusual.

Then you queue, and board (sometimes through the industrial, echoing walkway that connects you to the plane) and sit. More waiting once you reach your chair, along with the usual safety demonstrations (where bored assistants demonstrate with rehearsed precision the methods for staying safe should something catastrophic happen to a disinterested audience). Then the exciting part begins – a burst of speed that slides your stomach onto your spine as the plane lifts off the runway.

Flying is incomparable in its unusual and beautiful experience. Air flight gives us the ability to travel vast distances, to see cities from above, and yet it is somewhat restrictive. Once aboard, you cannot depart (or at least you should not!). I stared out the window on the flight to New York, occasionally photographing the land below. Once above the clouds the landscape is immense. I spent most of the 5-hour flight staring at the sun above the jet-white clouds creating opaque shapes across the horizon from simple, floating, congested moisture.

I have had many train journeys in my life. I remember two particularly well: The first was my first train journey with friends as a teenager travelling from my home (Sligo) to Dublin. The rickety old train had facing seats with tables between. It was a decommissioned DART train (a local-line that still runs through Dublin city) that had been recycled for the inter-city commuter. I had a sketchbook and drew perspective sketches of the long train carriages (drawings which I still own). That train, with its rickety shafts and rusty edges, was magnificent, although it has since been replaced by a more recent model.

The second journey was a longer one. Again with friends, I was taking a train from Paris to Vienna. I was 18. The train took 12 hours and was caught early in the morning. After taking our seats in a comfortable compartment we were hassled out of the first-class area by a disgruntled conductor who only spoke French (we had sat, unknowingly into the fancy carriage, and none of us had any French to explain this – he managed to convey his point by pointing aggressively at the number “1” on the carriage door, then stabbing the number “2” on our tickets with the same finger). I remember the rolling hills of Bavarian forest. The glimpses of outside areas that trains offer are among the best for experiential perspective; Trains cannot deviate, they meet other trains and dart by at otherworldly speeds, and they stop at stations of immense aesthetic and structural beauty (those dishevelled examples in eastern Germany are particularly aesthetically stunning).

Trains are by far my favourite method of propelled travel. The rattling of sleepers, the screech of the wheels, the long bridges, the hum of the electrical propulsion (if only I had ridden a steam engine just once!), walking up and down aisles as the world whizzes past outside long lines of windows, or becoming embedded in the deep rumbling of long tunnels – trains brim with experience.

Buses are somewhat like trains, but they are missing some of the key features. They are petroleum-powered, so growl with a satisfying rage when starting or picking up speed. They are burly, lumpy machines that loom over the Lillipution autos that roam the long roads.

I used to live in Cork, in south-west Ireland. The bus journey took eight hours, and this was the fastest method of public transport. I loved and hated this journey. I slept and read and squirmed and moved and found the journey grow longer the more often that I took it.

I took a 2-hour bus journey on a double-decker bus last year, travelling from Limerick to Dublin, and took long exposure photographs from the front seat, capturing 20-minute long streams of light. I was trying to capture the experience of travel, and was reminded of the fascinating nature of bus stops – simple, inelegant structures, sometimes with shelters, always creating points of engagement for anticipatory travellers.

Probably the greatest adventure of my life was taken by sea and by car somewhat simultaneously. This journey involved a trip from Ireland to Iceland. It involved three ferries and 24 hours of driving (and has been previously documented on this blog). The trip featured a three-day ferry from northern Denmark to eastern Iceland, with a stopover in the magical Faroe Islands along the way, and this was my favourite sea journey.

Coming from an island nation I have probably been on boats and ferries more often than many people might, although less than I would like to. The sea creates a landscape that is almost as fascinating as the one generated by clouds from above. It is never at rest, sometimes moving in startling rolling hills that tilt the gravity of even the large boats such as the ferry that I travelled on. Undisturbed ocean in all directions is an immense vision, and this is sometimes countered by the emergence of an island on a distant horizon, which instils a sensation of longing and mysterious reverence. Several of these appeared along my three-day journey, but for the most part the water surrounded the ship and seemed to bend on the horizon as it dropped off into oblivion.

Although the last paragraph documents my most immense journey by car (I drove for 24 hours over 5 days, through 8 different countries), I will briefly recount another automobile adventure that I’ve taken. After finally getting my full driver’s licence I decided that I wanted to embark on a long camping and Couchsurfing journey in a different country. For one unlikely reason I chose Wales and southern England. The reason was this: I had been bought a gift of a Sat-nav that covered Ireland and Britain and I wanted to use it for a long journey. Wales and southern England became the destination.

I travelled from west Wales past castle after castle, stopping to stay at Swansea and Cardiff before reaching England. Using motorways for most of the journey I moved quickly past immense power stations, following power lines for countless miles. I stopped again in Bristol and fell in love with that city, then left almost immediately afterwards, stopping again at Bath and Stonehenge on my way to Brighton. Bournemouth and the Jurassic coast followed, eventually looping back by Bristol and through Wales again for the journey home.

I have driven the length and breath of Ireland, and have also detoured into Britain and mainland Europe. Driving is one of my favourite travel experiences (much of the reason for this is that I dislike earphones and love blaring music from my little 206 as I cruise down the road). I love driving across open landscapes, moving over hills and having vistas present themselves unexpectedly. Sunset and sunrise are great times to drive as the car lights open the path before you and the red sky stretches out in a distant horizon. And I relish that unique nature of car journeys – being able to move great distances yet stop at will and take part in small experiences (climbing into fields, craning my neck at large sculptures or bridges, taking detours through woods).

I love to walk, both in the countryside and in the city. To pick a favourite walk would be next to impossible. There have been so many. I have hiked up long, arching mountains, I once walked for hours through London until my knee seized up. I have walked from end to end in Hamburger Bahnhof, an enormous art museum that was converted from an old train station in Berlin that takes at least a day to traverse at reasonable speed, and is an experience both in the walking and in its cultural immersion. I currently live an hour’s walk from Dublin city centre and I walk as often as I can – the walk gives me time to think, to work out ideas in my head. I take slightly varying routes to learn the paths and gain a better understanding of the city.

I would walk for as long as I would happily ride trains. In fact I would be happiest walking up and down the alley of trains as they zip through different places, thinking, reading, working, looking, having random encounters with anyone who came by.

The west of Ireland is probably my favourite area to take long hikes. I have hiked across mountains and found abandoned mines, discarded World War II airplanes (both of these in the same mountain range!), a fishing village that has become a ghost town, mountain lakes and lakeside mountains.

Journeys are movement. They are the points between A and B – they are chaos and flux, and can create anticipation of a future place or homesickness. They can also create an experience in themselves, unparalleled by finally arriving at a destination. Travel is not just in the end point, but in the taking part. I will finish on an out-of-context quote from Nabokov’s Pale Fire, a journey of a work of literature, where the end point is certainly not the destination: “…whatever happens, wherever the scene is laid, somebody, somewhere, will quietly set out – somebody has already set out, somebody still rather far away is buying a ticket, is boarding a bus, a ship, a plane, has landed…”