This is part 1 of 3 from the blog post Driving From Ireland to Iceland. If you follow this link the original post will explin these entries further.

So the journey begins. Awake and barrel-eyed at 5 a.m. I make myself some breakfast, a couple of sandwiches for later in the day, bid my parents a fond, emotional and heartfelt farewell and depart on the greatest adventure of my life so far.

It all begins quite slowly. One 3-hour drive to Belfast where I pass without incident with my pretty Peugeot into Stenaline’s ferry preparing to cross to Stranraer. The skies are clear. My head is not, as I have set out amid a chesty cough and cold, and I can’t keep from sneezing, coughing or honking out an unhealthy dose of green mucus into a tissue, but them’s the breaks!

The near cloudless skies offer a rich view of Scotland for the first images of the land away from my home island. We dock at 2 p.m. On entry a customs officer asks me my purpose. I explain that I’m an artist heading for Iceland. He asks if I’m famous. I laugh. I think he might have been serious.

From here on out things get considerably less interesting. Eight solid hours of driving await, mainly down motorways and national roads that hold little of visual stimulus but I have no choice but to plough on, or risk missing ferry number 2 the following morning from Harwich.

For all the lack of interest on the road, I did drive past a fascinating series of stumpy sandstone-coloured chimneys at a power station somewhere near Stoke / Derbyshire that sat pluming smoke from their plump flower-vase figures. I also couldn’t help but notice the extraordinary amount of lorries traveling the length and breadth of the country. Without exaggeration, I don’t believe at any stage of the journey I was not driving behind or in front of at least one lorry, some so massive and carrying (as marked) “abnormal loads” such as entire sections of houses that I felt I had to swerve tightly on the lanes in order to avoid being crushed.

I stopped for an essential eye-lid invigorating nap and eventually made it to Harwich at 3 a.m. Slept wrapped in a sleeping bag in the carpark of Lidl, cramped into the front seat with all my art materials (frames, boxes of paints, spirits etc.) cluttering the back half of my auto.

That same clutter afforded me the chance to meet and chat with customs officers the following morning while waiting to board the Harwich – Hoek van Holland trip. In my tired and hungry delirium I divulged more information than I expect the customs lads were in any way interested in, but my verbal diarrhea let me off the hook and I was allowed to pass without my boot being tossed asunder.

Ferry number 2 then. A mid-ocean field of windmills awaits around half an hour off shore that look like a drowned mountaintop’s last relics are my first sight of the English Channel. We race a lot of vessels on this ocean; although the ferry is not busy at all it is by far the largest ship I have ever seen and also one of the fastest. It leaves other ships following the sailing lanes trailing. I have to compliment Stenaline at this point for offering a really great option with this land-bridge. Not only is it cheap and convenient, the ferry’s are top-class, the food is nice and not (extortionately) expensive, and there is free wi-fi!

When aboard I realise with irritation that if I was to successfully fight off this cold that I was suffering I would need to sleep in a real bed some time soon. I looked into the possibility of last-minute Couchsurfing in Utrecht, with no success, so I decided to fall back on a hostel. The one I picked was called Strowis. The internet description was interesting enough for me to make up my mind on the spot that that’s where my head would lay tonight. The hostel was a former squat that had been taken over in the 80s, and at some point in the 90s they needed to become a business to legitimise, so they chose a hostel as their calling.

Reaching the port I disembarked in Hoek van Holland, straight away getting into the swing of driving on the right, getting beeped at by impatient Netherlanders, and looking the other way at roundabouts. It isn’t half as frightening as I would have imagined…quite a bit of fun really. Besides running a red light in The Hague nothing too untoward happened behind the wheel.

What is immediately striking about the Netherlands is that there is so much occupied space. Everything seems built-on or owned, and everything is well bordered and fenced and looks well ordered and in good repair. Having such a large population in a small country must call for a good amount of order concerning space, and at this the Dutch really excel! Also, an extraordinary amount of dramatically enormous white electricity-generating windmills obscure the flat horizon. Also, the sky seems relentlessly everlasting here.

So I stopped for a couple of hours in the Hague. Having chatted to an interesting Australian-English lady on the ferry, my curiosity was piqued at the idea of the Ludwig House, a small museum in the centre of the Hague where countless priceless artworks adorn the walls. I looked around desperately for a few hours but failed to find any sight of the house (but in fairness hunger and sapped energy played a role in prematurely ending my search), and eventually after a nice city-stroll along tram lines I decided to head on for Utrecht. 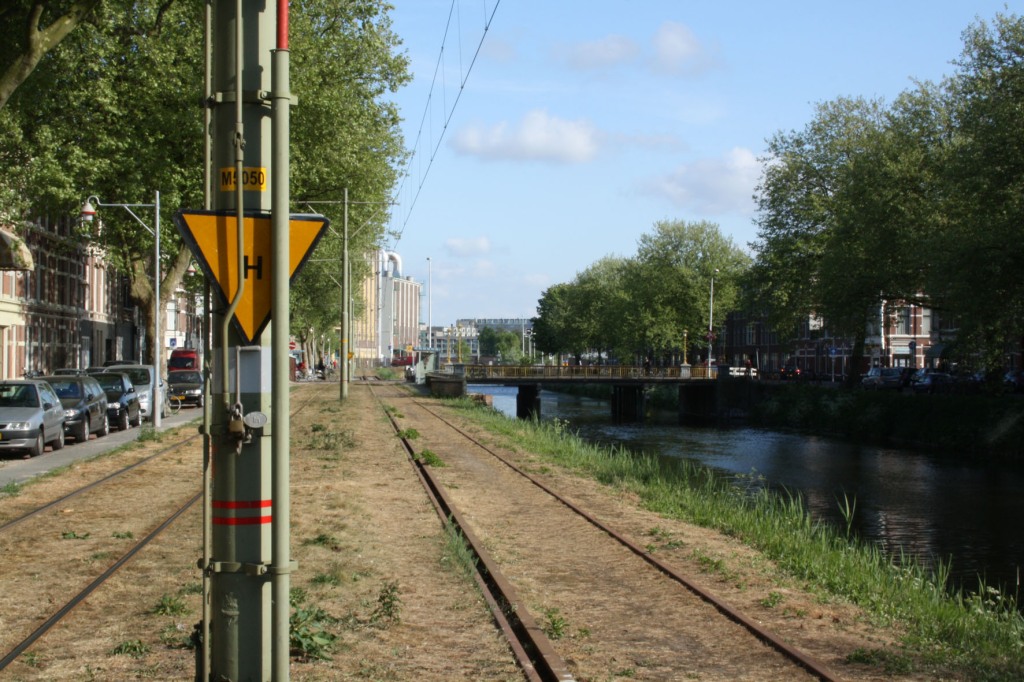 I arrived in the city less than an hour later. I Parked at the central train station, Catherijne Hoog, I followed the online directions on foot and soon found what I was looking for. An easy and quiet night followed with my main focus getting as much sleep on a solid surface as possible, and grabbing a well-needed shower.

Stage 2: From Utrecht to Aalborg (Thursday, May 6th – Saturday, May 8th)